On November 15, 2020, the eighth Asia-Pacific RDMA programming Challenge sponsored by the International High performance Computing and artificial Intelligence Advisory Committee (HPC-AI Advisory Council) ended in Beijing. Under the guidance of An Hong, a professor hired by both the school of computer science and technology and school of big data in USTC, the Swan-geese team once again won the first prize for the fourth time, Nanjing University and Fudan University won the second prize in this competition, the team from China swept the top three in this competition. 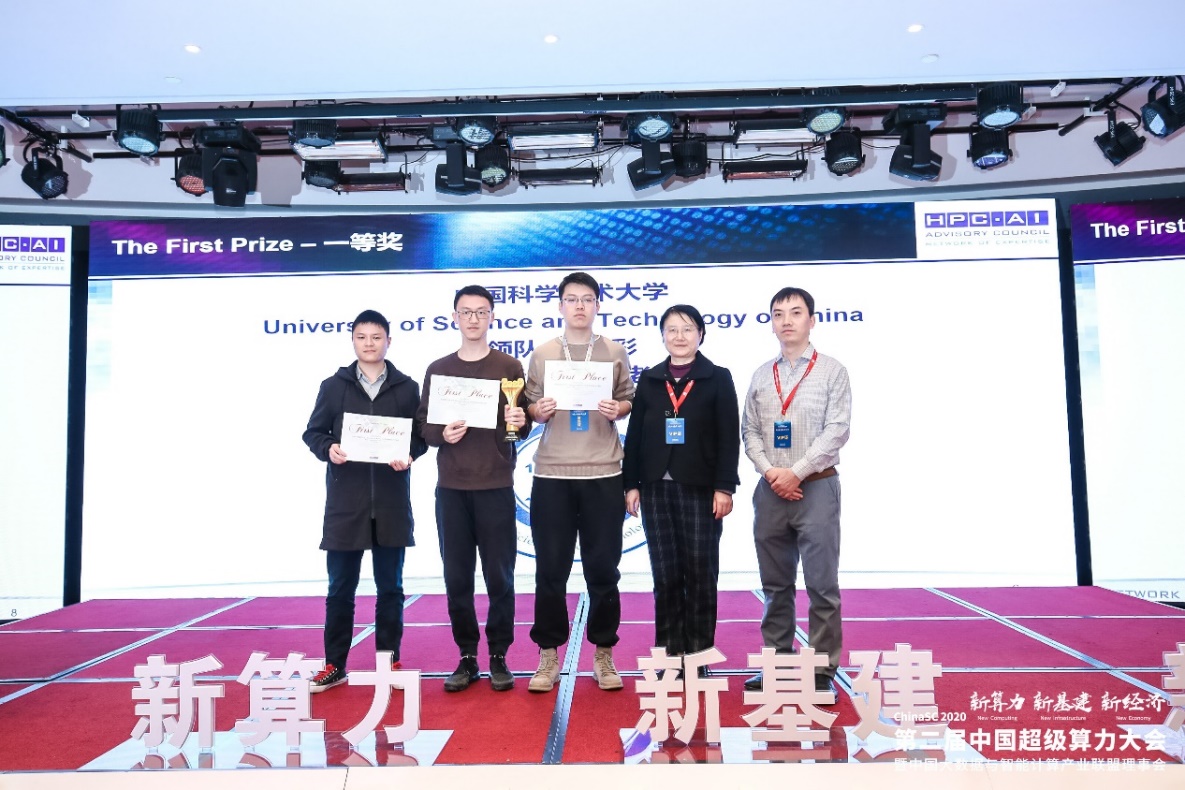 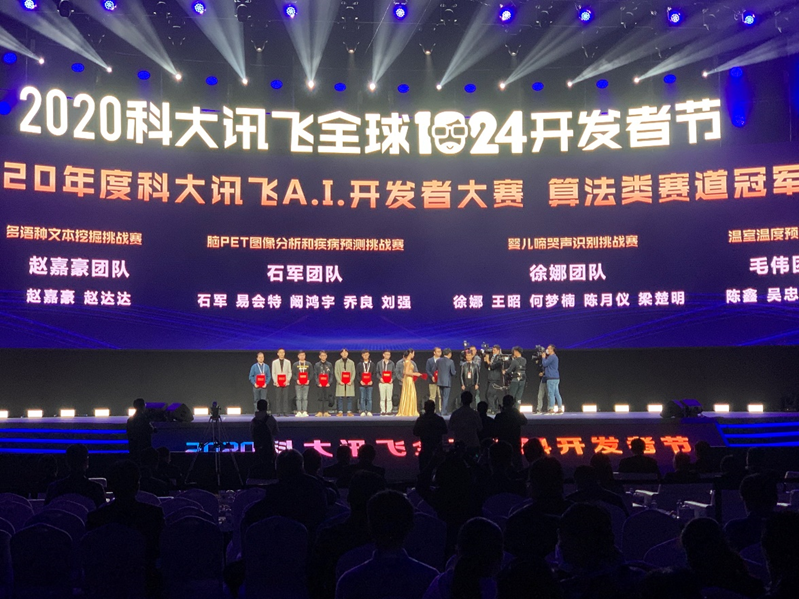 Yu Aihua, member of the Standing Committee of the CPC Anhui Provincial Committee and Secretary of the Hefei Municipal Committee, presented the award to the champion team

RDMA (Remote Direct Memory Access, remote direct memory access technology has become a key high-speed interconnection communication technology on all kinds of cloud computing and big data platform. It solves the scalability problem of the data center because of excessive CPU resources used in communication in the past, and brings a great performance improvement of applications. This year, 20 teams from the Asia-Pacific region participated in a week-long RDMA programming study and competition. The topic of this competition is to transplant the popular storage and communication protocols of SPDK (Storage Performance Development Kit) or PMEM (Persistent Memory Programming) from the existing RDMA implementation to UCX (Unified Communication X). Contestants are required to analyze the communication mode of SPDK within 48 hours and optimize it by using UCX optimization tools, in order to let contestants know more and more convenient RDMA programming methods. And use the advanced optimization tools in UCX to further optimize the communication performance. The team members analyzed the communication framework of SPDK in a very limited time, quickly put forward two reliable technical routes to complete the implementation of the UCX interface, and finally won the championship again with excellent results. 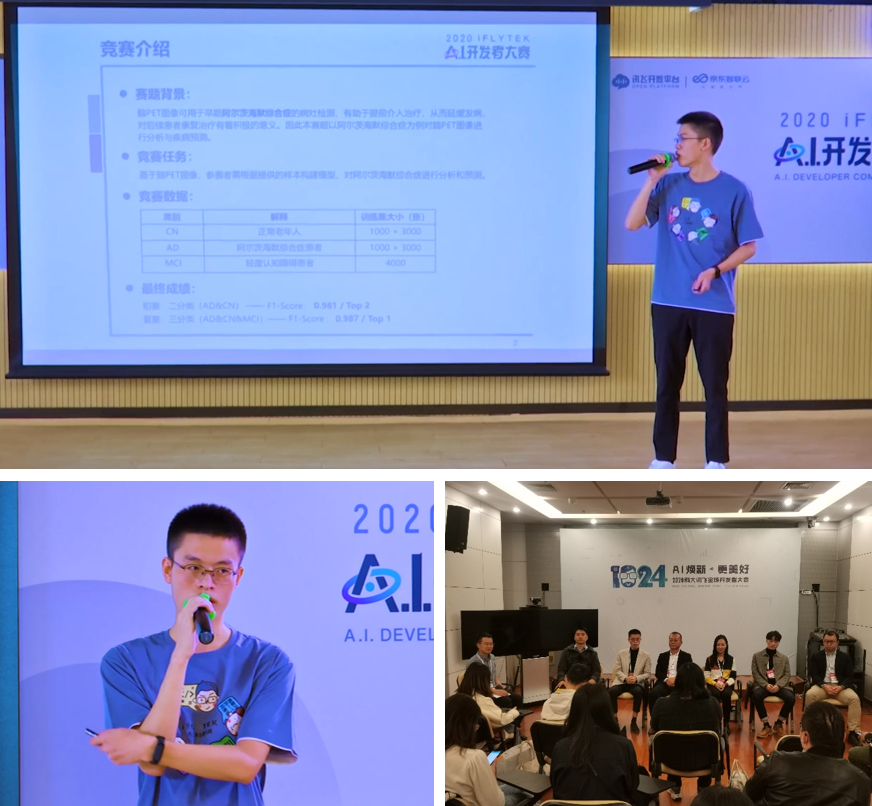 Over the past 9 years, with the support of the School of Computer Science and Technology, the School of Big Data, the Office of Academic Affairs, the Graduate School, the Supercomputing Center, the National Experimental Teaching Demonstration Center of Information and Computer Science and all colleges of the University, Hongyan, the Supercomputing Team of USTC has organized more than 40 teams with more than 200 students participating in various supercomputing-related competitions at home and abroad, winning more than 40 awards. At present, the Hongyan team is in the stage of alternation between the old and new. More and more young teachers from different colleges have joined the team to give instructions and achieved excellent results. For example, the team supervised by Associate Professor Zhang Yu from the School of Computer Science won the Silver Prize in the first International Parallel Computing Challenge (IPCC); the team supervised by Special Researcher Li Cheng won the third prize in the RDMA competition. In 2019, USTC launched a new round of Quality Improvement Plan for First-class Undergraduate Education, which includes computing, like mathematics and physics, into the general curriculum of all undergraduate students. Through the construction of computing+X interdisciplinary education system, relying on supercomputing, computing intersect with many science, engineering and medical disciplines to cultivate a large number of innovative talents in emerging disciplines and research directions that intersect with computing.