QS World University Rankings by Subject 2021 was released in March. On the subject of Computer Science and Information Systems, USTC ranked No. 77 (No. 6 in Mainland China)，improving 20 places compared with the ranking of 2020, which was the best ranking of USTC in the recent 5 years. 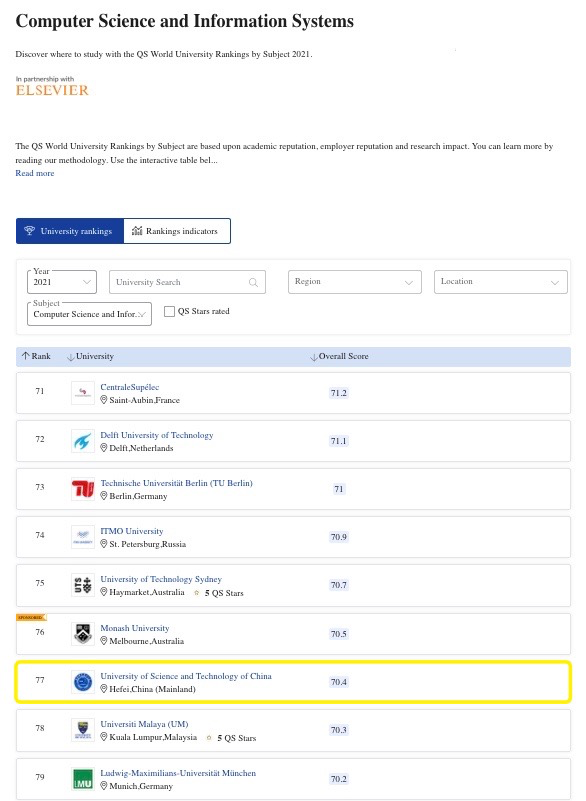 QS World University Rankings by Subject 2021 was compiled by QS Quacquarelli Symonds, the world’s leading provider of services, analytics, and insight to the global higher education sector. The ranking conducted an independent comparative analysis of the performance of 13883 disciplines of 1440 universities. Students of these universities were from 85 regions around the world, and across 51 disciplines and 5 academic fields.

③ The citations per paper of the discipline in the past 5 years in the SCOPUS, the world’s largest paper reference database

④ The H-index of the discipline